So I took Phenom to the park the other day after puppy class. We had just started playing when all of sudden she started sneezing over and over again. I thought maybe she had just bumped her nose. 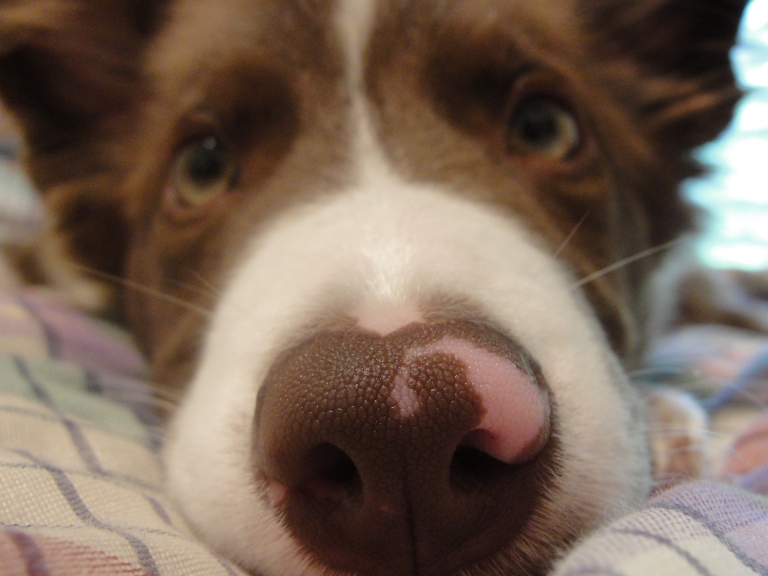 But when she just kept sneezing, I knew something was wrong. So I was checking her out and noticed way down in her nose – it looked like something was in there. I couldn’t get to it, so we headed home since we weren’t far away. Then she held still while I used a pair of tweezers to pull out what was some sort of seed pod in the shape of an umbrella that she had accidentally inhaled in her nose and was stuck in there. She gave me a big kiss when I got it out. And she was so good to hold so still. We’ve been working on handling, but it reminded me just how important that is for puppies and dogs to be okay with being handled in case of emergency and for the vets. She did great! I’m also working on a “hold” cue which means to freeze. Piper is really good at that. It’s very helpful when examining their teeth or eyes.

This week we also made a trip to the U.S. National Whitewater Center. 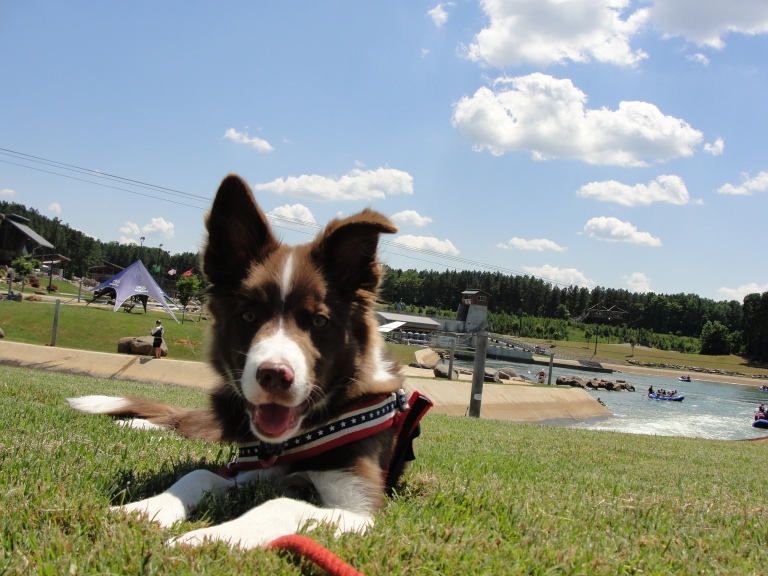 I was amazed at how well she handled everything. She sat right next to rapids, climbed all over the rocks, walked under people ziplining overhead, watched people riding bikes, saw people in hats, kayakers wearing helmets and kids carrying paddles. 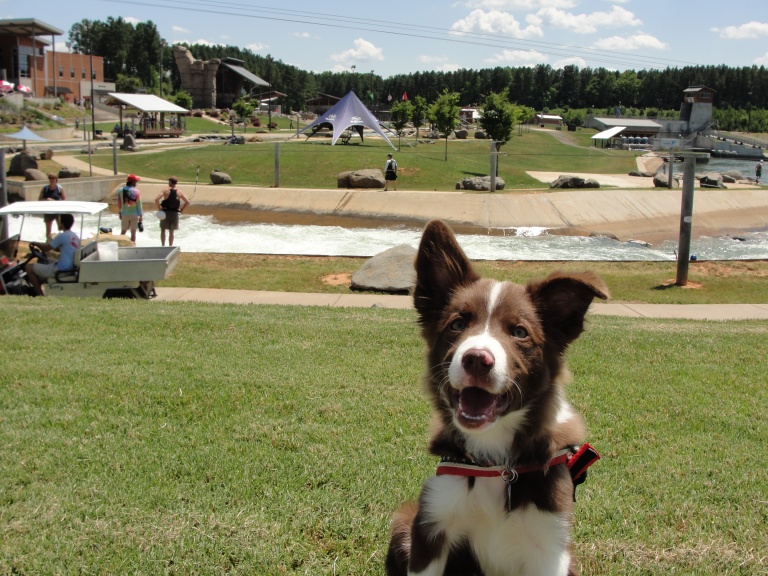 What – a bunch of people yelling and paddling in a boat through rushing water – very nearby?!? 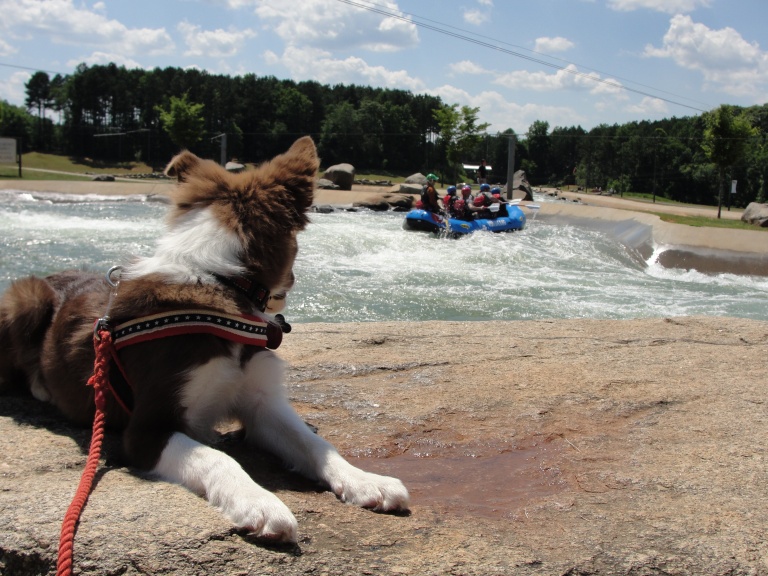 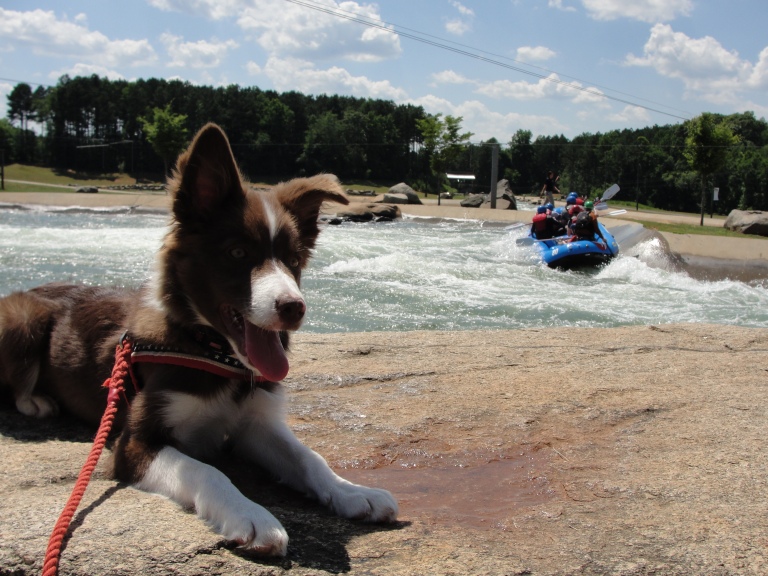 Puppy class was great as always. Although I may have embarrassed Phenom with my front cross footwork drill I practiced while she watched. She thought I needed to practice that a few more times. She was right. We also made a stop by the vets just for fun – so she associates the vet as a good place. I brought her in for just a few minutes to get treats and practice her sits and downs on the scale. She thought that was great. And my vet was impressed – she really encourages her clients to do this. We have a great vet. 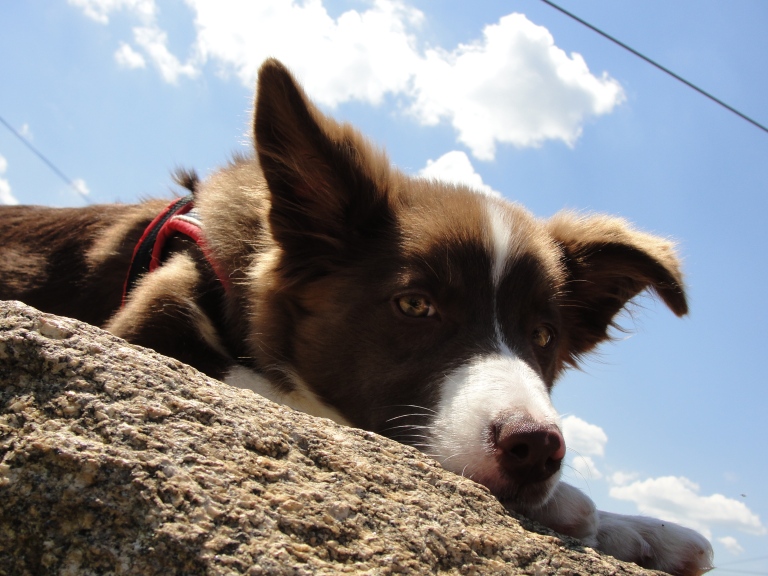 I was going to do a video of some of our training so far, but instead I spent a lot of the day training and playing with her. 🙂 She was happy about that. Hopefully I’ll get the video done soon though. Stay tuned . . . .

6 thoughts on “ripley’s believe it or not and handling”