Last weekend Ace, Phenom and I had a great time at the Concord, NC agility trial. 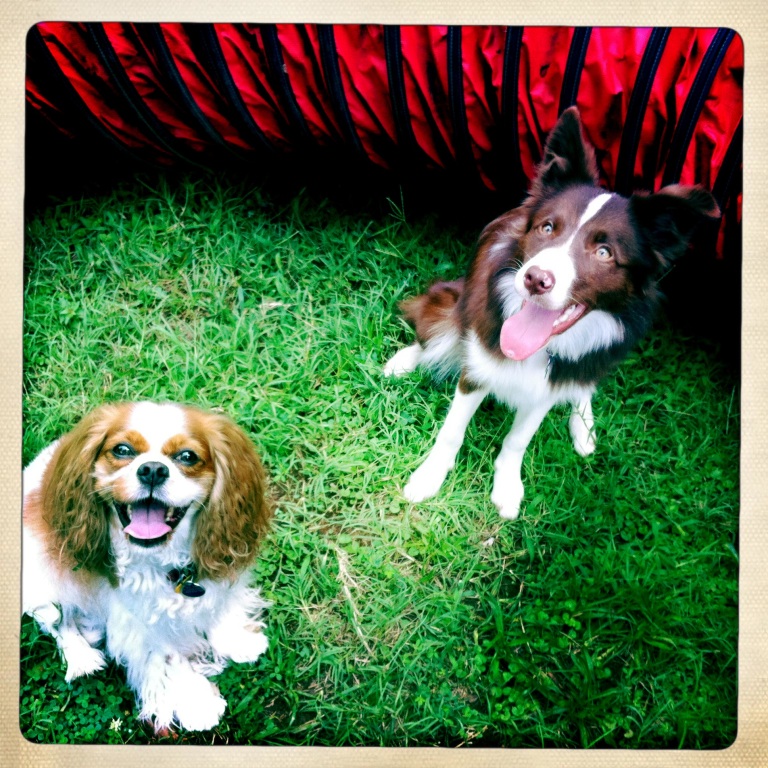 I love that site. It’s indoors, so it was nice and cool – even in the heat of summer. This was the first two-day trial that Phenom has attended. I was very impressed with how well she handled everything. 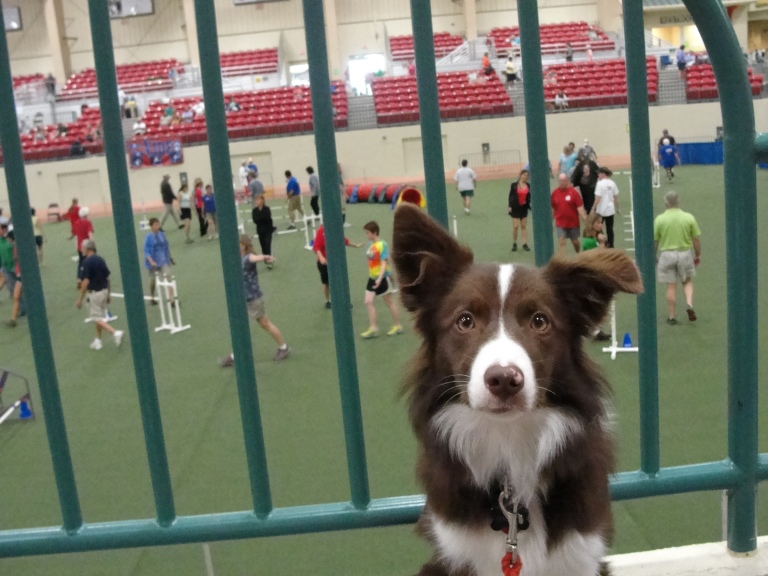 Ace and I were a little out of practice. I goofed up quite a bit, but I don’t think Ace knew – hopefully! But no matter how we do, he’s always so fun to run. And he absolutely loves it. We had a blast.

Phenom was crated inside both days and she did really well with that – only barked a few times. I brought stuffed Kongs to give her when I would take Ace out to run – hoping to establish good quiet crate behaviors. And whenever I would walk by – I dropped a few treats in for her. So – hopefully we can continue with this. I also tried to take her out quite a bit. She walked all around the arena, visited with lots of people, practiced some heeling, was able to relax and even got her photo taken by a reporter (of course she posed when she saw he had a camera!). But (excitedly!!) her favorite part was some playtime on the practice jump. I took her down when they were walking the course and at the end of the day – for just a few minutes. Did some stays, retrieves and wing wraps. She really enjoyed herself. Me too.

Here’s a highlight video I edited of some of the fun I had with Ace and Phenom at the trial.

Concord Trial August 2012 with Ace and Phenom from Margaret Bond on Vimeo.

2 thoughts on “Concord Trial with Ace and Phenom”