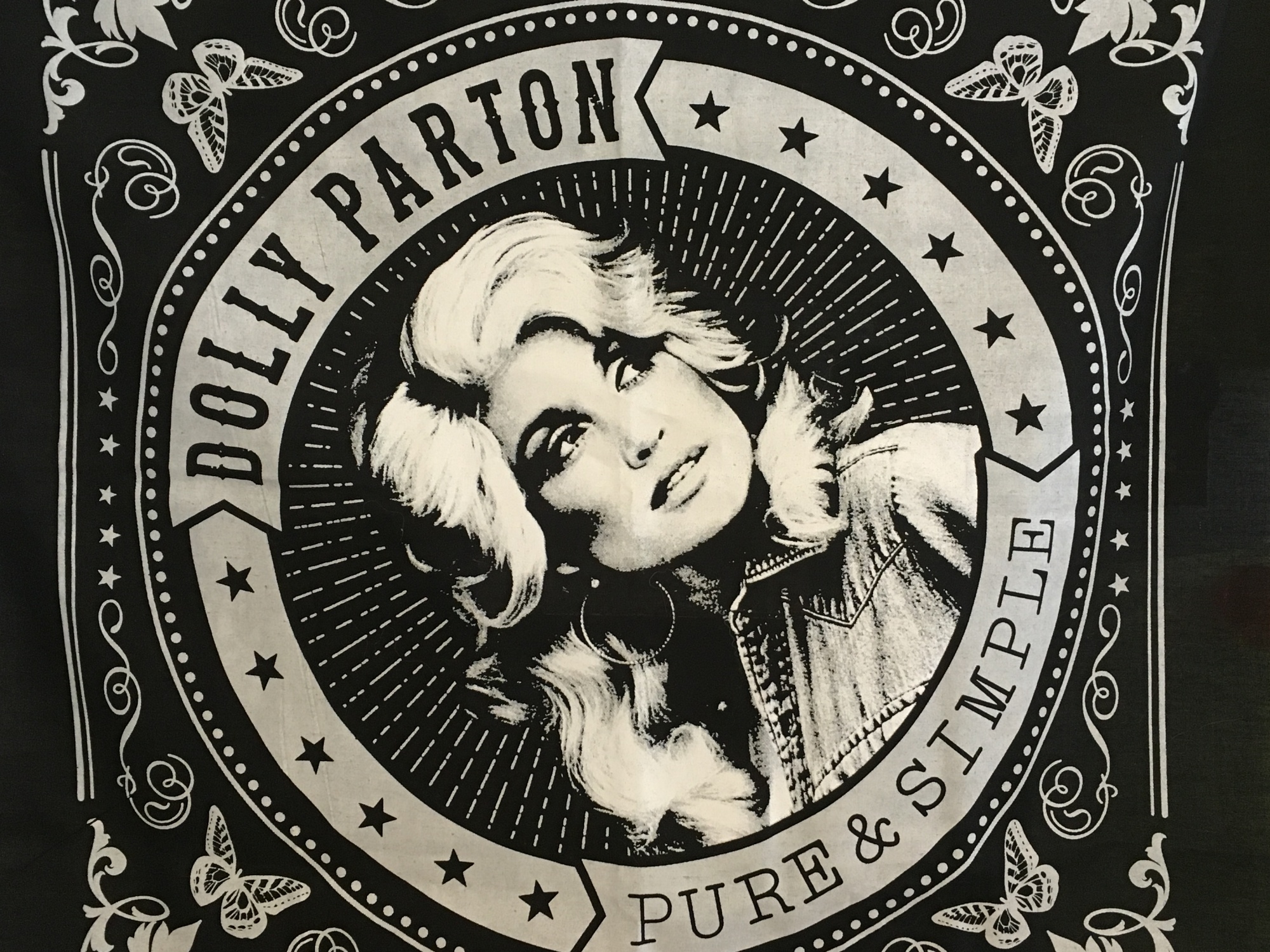 When I was a little girl my Grandmom and Granddad took me to Dollywood not long after it opened. And a few weeks ago, I got to take my Grandmom to a Dolly Parton concert. She was so excited and really loved it. Me too.

As a writer myself – I’ve always admired Dolly’s songwriting talent. She’s crafted some of the greatest songs ever written. But also her business savvy is incredible. Where she came from and what she’s gone on to accomplish – it’s truly something to admire. And all along the way – she’s always been true to who she is. She never forgot where she came from and gives back. Family is so important to her – as is her faith.

The best part of the concert was that I got to go with my Grandmom, Mom and Dad. 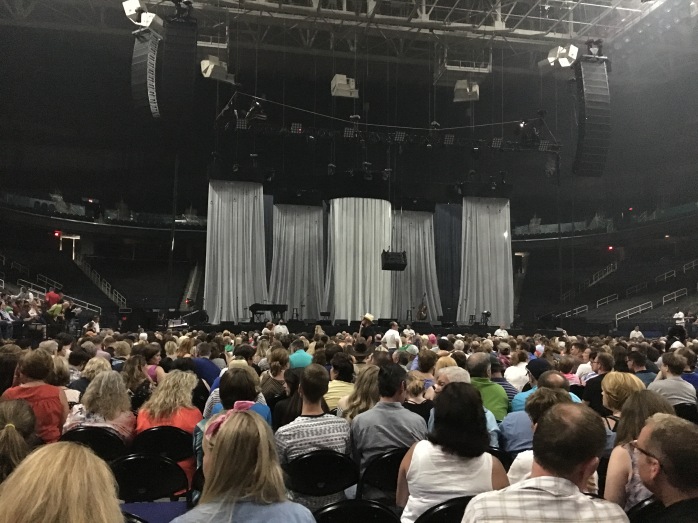 Her tour is called Pure & Simple. It started with the lights dimmed and the sounds of crickets – reminding us all to appreciate those simple times and memories. And then when the curtains lifted and she appeared onstage and said, “How’s everybody in North Carolina?” – well, it sort of felt like she just invited us into her living room to sit down and listen to some songs.

But there was no doubt you were in the presence of a star. Covered in rhinestones – including her guitar – when she appeared on stage she was shining – in all her glory – and as she should. Every picture I took with my phone, she looked like she was the source of all the light that filled the stage – and actually – I think she was.

As the tour name Pure & Simple suggests – it was only Dolly and three members of her band on stage – one who’s been with her 45 years. But sometimes when music is more stripped down and raw – flaws can come through. But Dolly’s voice was as strong as I’ve ever heard it. Better than I’ve ever heard it anywhere. It rang out across the coliseum as tens of thousands of her fans were on their feet for much of the show.

She mixed her authentic charm and humor along with her songs like she was telling another, bigger, story. I loved hearing her inspirations for how and why she wrote certain songs. Seeing her turn something so personal into something that became so much bigger – that so many others can relate to. You know – that’s not easy – and probably something writers can particularly relate to. Sending out a part of yourself for the world to embrace or not. It takes a lot of talent, but also courage and faith. Believing and trusting in yourself – and what you can make happen.

She played just about every instrument you could imagine. And she sang a couple of my most favorite songs – including “Smoky Mountain Memories.” I didn’t know she’d written that about a time when her father had left to find work away from the Smoky Mountains. One of the lines “I’m just grateful I’m creative with my hands,” definitely resonates with me. And “The Grass is Blue” is probably my most favorite song ever written – of all time, by anyone. So to be there as she sat down at the piano to play and sing that song was something I’ll never forget.

She also introduced me to her song, “The Seeker” – I don’t think I’d heard that one before, and as she stood there singing by that old white church pew, we were all taken to church. And the crowd was her choir. Behind her all the way. I’m so glad I was there to see and experience it. And so fortunate my Grandmom, Mom and Dad were able to come along as well. It meant a lot – something I’ll always treasure.

Along with weaving her storytelling and lessons throughout her songs, she also talked about her faith. But not in a pushy or judgmental way, but in an honest and relatable way. She lifted us all up.

She came back out for two encores. One for “I Will Always Love You.” Of course the crowd went wild. So she came back out on stage for her second encore with her song called, “Hello God.” And while the crowd wanted more – she had to move on to her next city and next show. I’m just so grateful she stopped to see us in North Carolina. We are better for getting to visit with her talent and perspective. 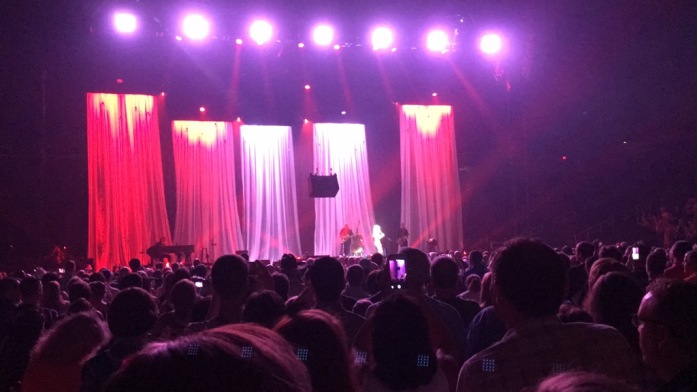