Piper, Vega, Phenom and I were all at the park the other day and this bumble bee started following us – everywhere. After a few stealthy (or maybe spastic?) direction changes – they usually lose interest. But for some reason – this one was stalking us relentlessly. I bobbed. I weaved. We all ran around the baseball field. And it just kept chasing us. I’m sure that was pretty hilarious if anyone was watching. 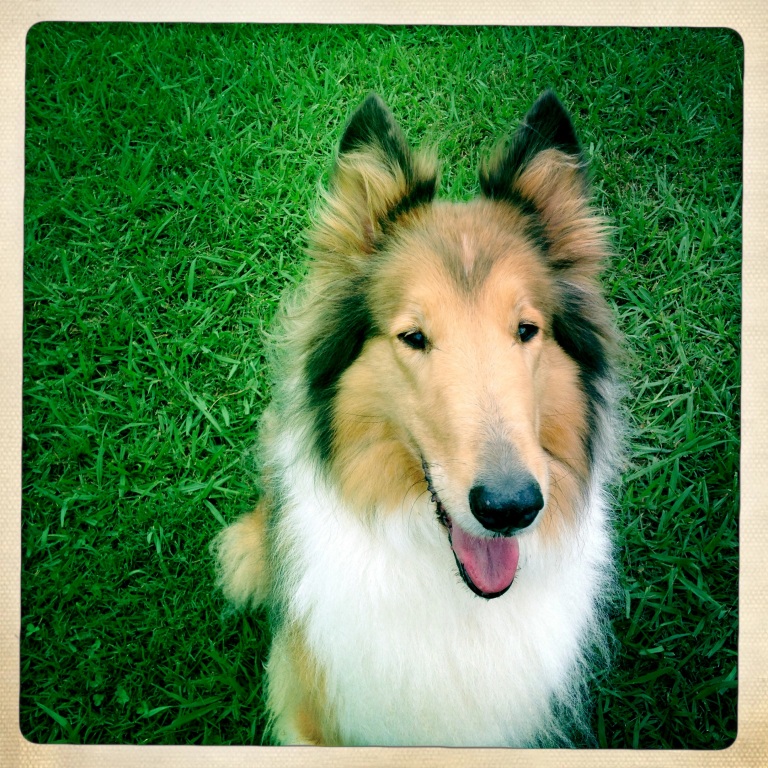 Finally, Piper had enough and started snapping at it. Well, I called her away because I was worried she would bite it and get stung. But she was really getting annoyed – as was I – and so I let her go. And when I did, I noticed she wasn’t actually trying to bite it – she was just snapping all around it with amazing precision. First on one side of it and then the other – her teeth snapping within millimeters of the bee as it moved. Now the bee was the one bobbing and weaving. It was pretty incredible really. I just stood there in awe. She never lost her cool or her precision. They were calculated snaps with just the right amount of jab. And that bee hovered there for a few more seconds as if to memorize her face as someone not to bother again. Then it was gone.

So – then Piper looked quite proud of herself. And I was too. Sometimes no matter what you think you’re risking you have to stand up for yourself. Cool, collected, confident show ‘em what you’ve got. And maybe they’ll respect you for your courage and conviction. Or at the very least – maybe they’ll memorize your face and buzz off.

2 thoughts on “Piper and the bumble bee”