I saw this incredible short film called “The Important Places.” It was inspiring, authentic and personal. So well-told and shot. Just amazing, and you can watch it here. But it’s not just these places that are so important – it’s the people you go there with, the people you meet there and the people you return to see there. Those important people act as guides not just through those places, but through your life.

I lost one of those important guides earlier this year – in January. My Granddad. I haven’t written here since then. Not sure why, but it’s just that – he used to read all these blog entries. Sometimes words are hard. He’s always been a big part of my life. I’ve written three papers about him throughout school. Once in elementary school. Once in high school and again in college. I’m really thankful for those projects and for his willingness to help me. I think we got an A on every single one. He even influenced my writing career in the last couple of years. One of the adventures he took me on as a kid ended up as a part of the North Carolina Tourism print campaign I wrote. There was no scheduled tour, no Trip Advisor rating, no brochure. He took a little kid (me), some paddles and a couple of sandwiches (thanks to my Grandmom!) in a little aluminum boat out to Carrot island just to see what we could see. And as we walked through a bunch of overgrowth, we came to a clearing with a wild foal standing just a few feet away – staring at us – as amazed of us as we were of him. I remember it as if it were yesterday. It was magic. 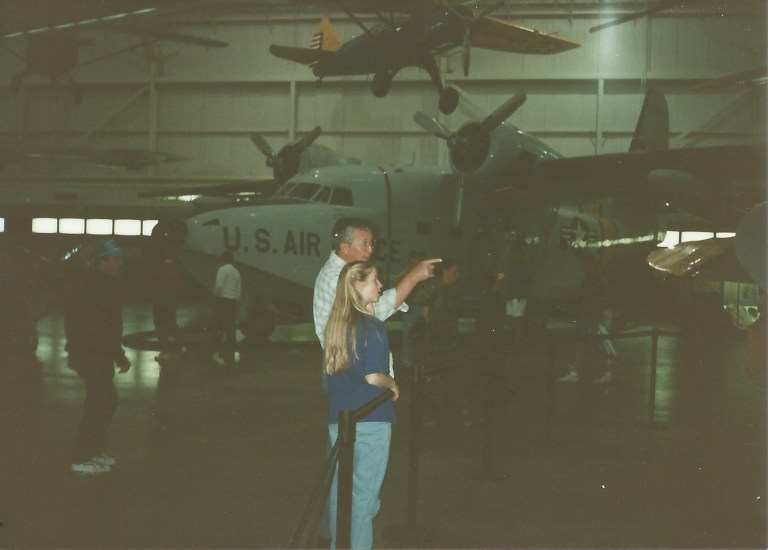 Row, row, row your boat
gently down the stream

He would sing us that when we were little. Every now and then he’d pull my little pony tail and I’d whip around and say “who do dat?” We listened to Kenny Rogers and laughed at Ray Stevens “Mississippi Squirrel Revival.” He laughed at “It’s Me Again Margaret” and I mostly cringed. And he laughed some more. Flying kites – like crazy serious-fast can-hurt-you kind of kites. Many ferry boat rides. Aircraft covering workshop. Tutoring me on learning morse code – dah dah dit dah – pay day today. Deep sea fishing. Homemade ice cream. Walks through cemeteries. Using a frisbee to paddle a broken down boat. Keeneland race track after a race with mint juleps still sitting around. He’d also say – “Don’t act your age.” Quebec. Visiting memorials. LL Bean main store. Once we went to watch this train go by – it was so loud and fast, I remember it knocked me back into some trees that edged the tracks. Horse shows. He would look down his glasses at me if I wasn’t acting completely good or sometimes just to make me smile. Going through old photos and family history. Getting our boat beached on an island at low tide and having to wait for the tide to change to get home. Dollywood. Guidestones. Coming to watch agility trials even when I wasn’t competing. Fishing the surf and the sound. Graduations. Walks on the beach. More fishing. Puzzles. Museums. NASCAR Hall of Fame. Dolphin watching. Aquariums. USS North Carolina. Harley Davidson Cafe in Manhattan. Intrepid Air and Space Museum. His answer to “Are we there yet?” “Not as long as it has been.” Gardening. Facebook. Macs. Smart phones. Twitter. Flickr. Gmail. Yahoo. Kindle Fire. We both learned all about those things together. He was always curious. Always reading and learning. But “Read the instructions as a last resort.” he’d say. An engineer, pilot, woodworker, cub scout leader, WWII navy veteran, ham radio operator, dad, granddad, great granddad. And so much more. The greatest generation. When I was missing home in college – he used to write me emails every single day. He never liked a lot of “show” – didn’t want recognition or honors. Catching a huge Red Drum off the dock – biggest fish I ever caught. And he still had one bigger, but it broke his line. 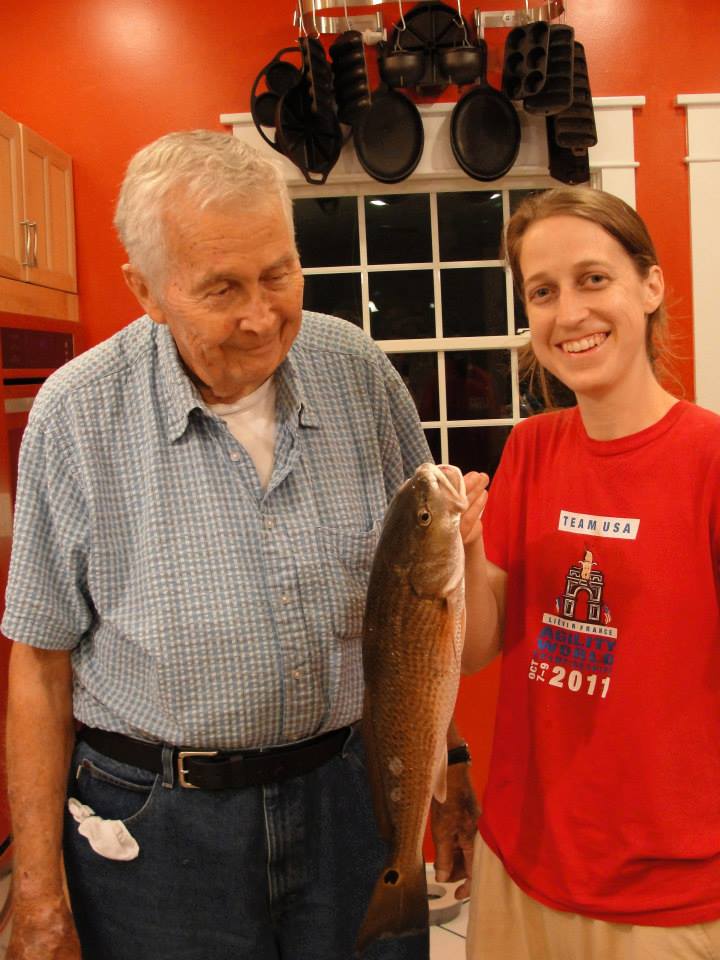 He gave me driving lessons. And he gave me flying lessons. I remember him saying – flying a plane isn’t like driving a car. It’s slow, steady motions. Patience. You have to wait for your direction to take effect. Don’t rush it.

He used to tell me that when he was flying he would practice landing on clouds. And that’s how I’ll think of him.

I was lucky. I still am. I have the best family.

6 thoughts on “life is but a dream”